So the travel pangs began…it had been 9 months since the last big holiday and the urge of being in a different land, amidst foreign folks, breathing a lungful of exotic aromas was too overpowering! So hubby and I started casual chit-chat about which continent, which country. what sites we would love to see and capture. Since, I was dying to see Munich, one place that DH had been to, without me 😉  and since DH was trifling through Beer at present, we decided on Bavaria!!

Usually during the planning stage, I just sip coffee and DH burns the midnight oil. And usually I rise, just near full term to say ‘why not this and why not there’, completely baffling my sweet husband! So for last couple of trips he has started to bombard me with links and itineraries so that I’m part of “The Plan” right from the word go.
One such link took me to a Rick Steve’s Itinerary which included Bavaria, The Black forest, Berchtesgaden, and Lauterbrunnen with the most beautiful, and tantalizing photos. Just looking at those pictures of Lauterbrunnen gave me goosebumps! That’s how we added Switzerland to the trip which expanded to Montreux (as some of you know by now, a trip to a wine region on a holiday is sort of mandatory), Cochem- the German Wine region on the Mosel river, to Bamberg- home to the Smokey Rausch Beer and added some short trips to Neuschwanstein Castle, Berchtesgaden and R’o’d’t (will expand later). 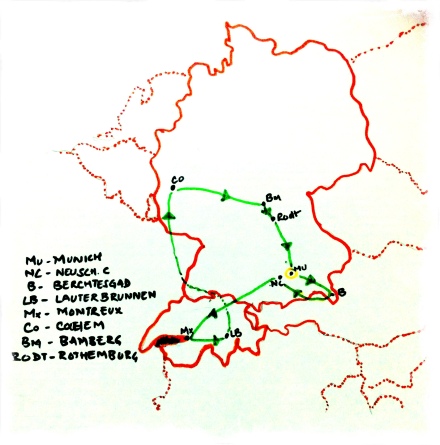 This is how we eventually did it! In and out of germany, Skirting through Austria, through peak commute in Switzerland and detour through French-Alsace & lorraine!

Along the way, my In-laws joined the bandwagon and we were set to go in the month of June, far from the maddening heat in Delhi.

DH, during the trip had the mammoth task of balancing the needs and demands of the baby, the grand-babies, the whimsical wife and the Taciturn Sister; some of them being Teetotalers, vegetarians, nature lovers, shopping addicts and foodies..Ha!! 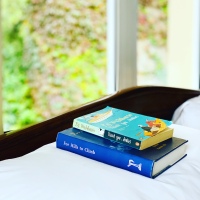 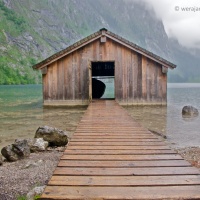 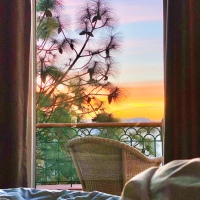 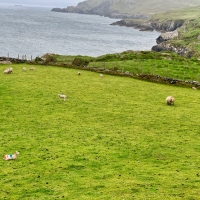 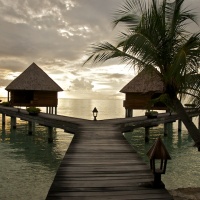 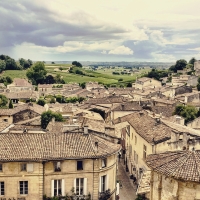